Istvan Bajusz was born in Turda (Cluj County, Romania) on March 17, 1954. Upon finishing his university studies in Cluj he started working at the County Museum of History and Aet from Zalau as a Roman archaeologist. His research focused on the archaeological investigation of the Roman amphitheater from Porolissum, which was also the topic of hos PhD. His academic career starated in 1995 as a lecturer at the Babes-Bolyai University in Cluj. As a prominent member of the Transylvanian archaeological community he is the autor and editor of several books and papers focusing on the archaeology of Roman Dacia an various aspects of Transylvanian cultural heritage. Currently he is a Senior lecturer at the aforementioned university. 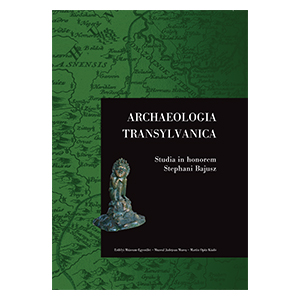